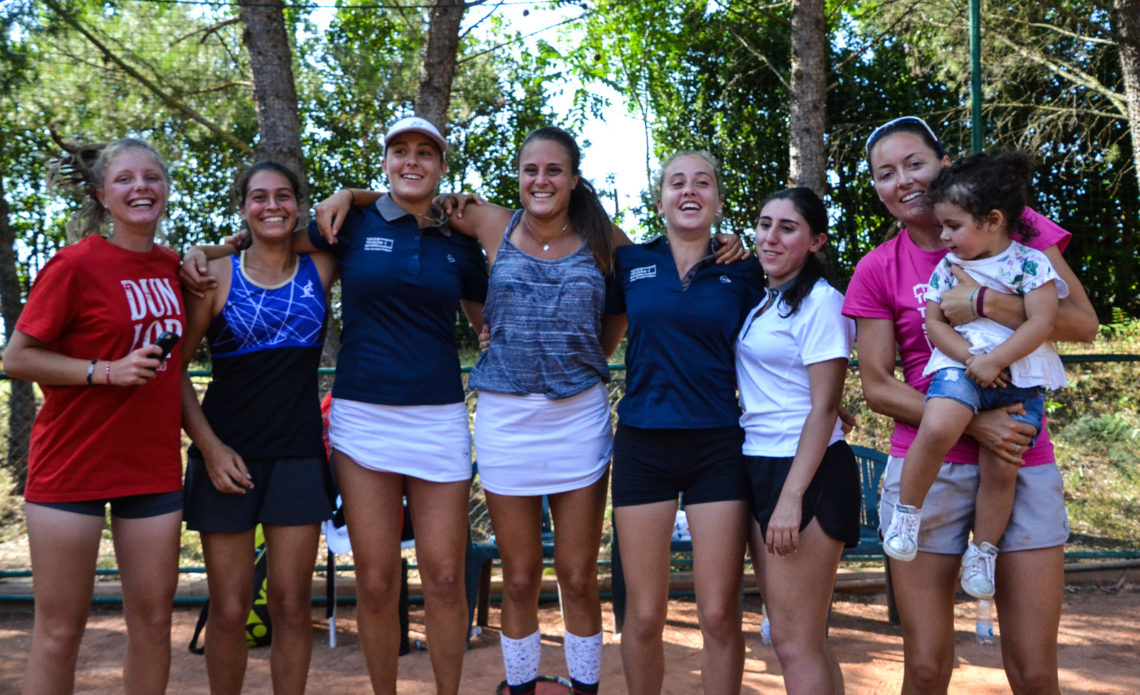 For the first time in the history of Tennis Training, the womens moved up in Serie B. This is the verdict of today’s matches at Villa Candida where the girls of Tennis Training and those of the Triestino tennis club have given life to a rich sporting battle of emotions.
In the first match, Claudia Giovine (2.2) beat Pia Lovric (3.1) 3-6 6-1, 7-5. Only cramps have instead stopped Sofia Pizzoni in the second singles, even in a comeback, at the end of the second set won at the tie break, has practically abdicated due to muscle. The match is therefore finished with the score of 6-3 6-7 6-1 in favor of the Triestine bearer Federica Colmari (2.7).
In the third singular, great performance by Lucrezia Sebastiani (3.1) that after an uphill start, took the reins of the game and did not leave the opponent to escape Anna Pampanin (2.8) 6-7 6-0, 6-1 . It was therefore necessary to play the double. The captain of the fTTS team Rebecca Alessi has fielded the couple Giovine / Properzi, good choice considering that the two were imposed without too much trouble on Lovric / Colmari for 6-3, 6-4 , giving life to the well-deserved celebrations that involved the present public number.

“We are very happy and satisfied – commented warmly Rebecca Alessi (who as a player had been defeated in the same play-off promotion against the Trieste tennis club) – is the first time we will play in Serie B among other things with all the girls they train here or have trained here, so it’s a further reason for pride.
If I felt like it? In decisive matches like this it is difficult to make predictions, there are different pressures than any tournament, the team championship is really something else. Our girls were very tense, just think that in all singles we were 5-0 in the first set. So the satisfaction is double because we have seen a reaction from all of them; they put the heart and overcome the obstacles “.