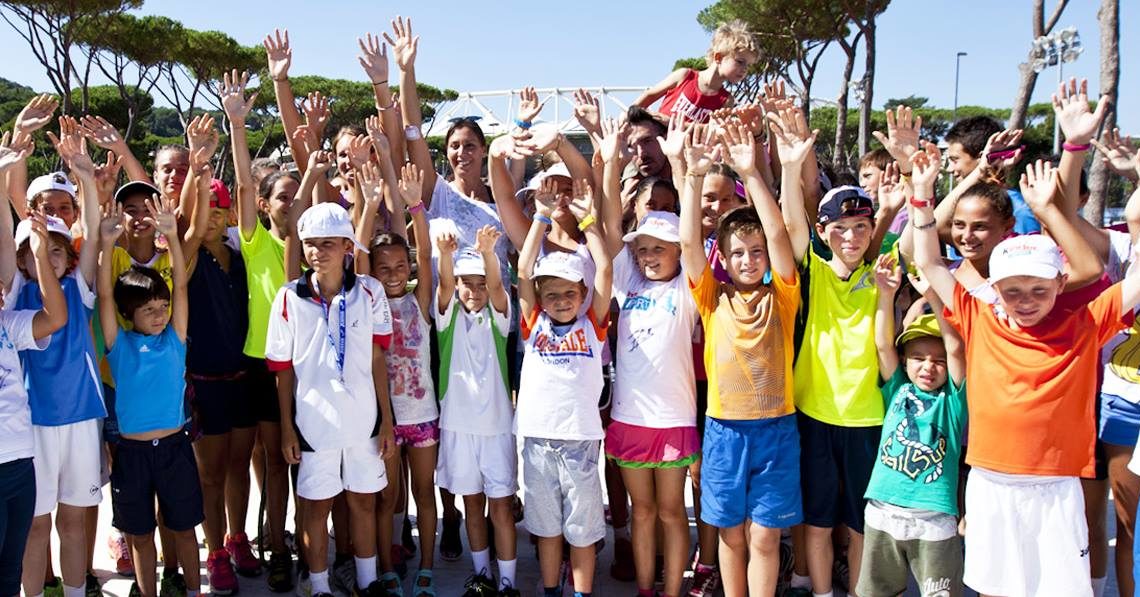 The Tennis Trophy Kinder + Sport 2018 will kick off on Saturday 24 March at the Tennis Training Villa Candida in Foligno, a stage in the thirteenth edition of the promotional circuit reserved for those born between 2002 and 2009 and featuring 134 tournaments in 19 regions of Italy. The final event will be closed by the Master Final in Rome, from the 21st to the 30th of August, which will include the winners and finalists of the circuit stages and the semi-finalists of the 12 special stages at the FIT Summer Centers in Brallo, Serramazzoni, Castel di Sangro, Trabia and new center of Paderno del Grappa (TV). 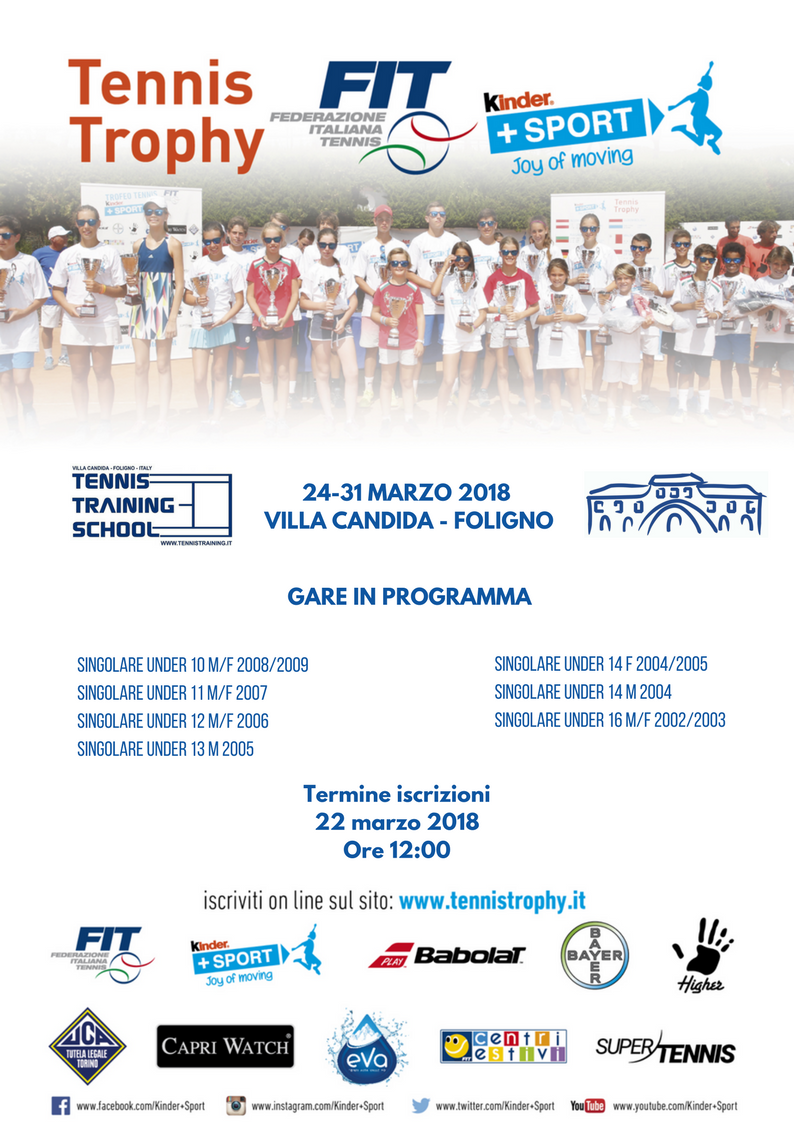 The first edition in 2006 recorded 28 tournaments and 3,000 members. Year after year the tournament has grown to the twelfth edition of 2017 with 147 tournaments, in 19 regions of Italy and over 18,000 members. At the 2017 International Master, held in the splendid setting of the Foro Italico, 1300 boys / girls from 8 countries competed. Alongside the circuit there is also SuperTennis. The television of the Italian Tennis Federation will talk about the event with services and curiosities.